“...the thing that, I think, was most important to, from the press perspective, as well as our own, I guess, emotional health and wellbeing, or just wanting to keep fighting, was knowing that the students understood.”1 -Kathleen Walsh 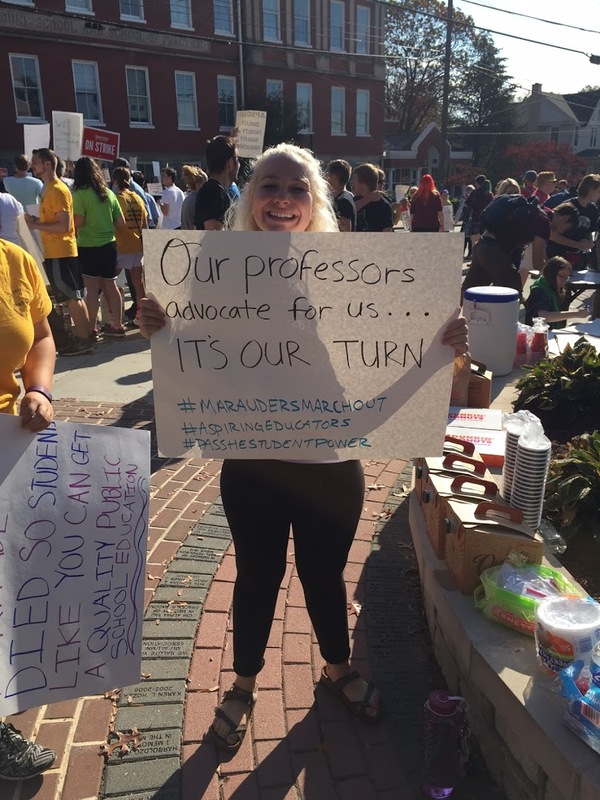 Time to strike back

The involvement of Millersville students became one of the most memorable aspects of the strike. A handful of the professors interviewed expressed their initial surprise at the number of students on the picket line. Unassociated with APSCUF, students personally organized their involvement. APSCUF President Barry David commented that he “knew nothing about it until that very day.”2 Of the students interviewed, the majority firmly expressed their willingness to stand alongside their professors and offer support. As noted by Katie Lundy, this support was reciprocal “because of the love and academic support” they personally received from the faculty.3 Other student narrators confirmed Lundy’s statement, asserting their desire to offer the same encouragement that their educators often gave them. in the following audio clip, Marcus Wardle described the commitment many students felt for their professors and the strong support that came with it:

"I think the most important message that came out of the strike was that the students will stand with their professors."4 -Marcus Wardle

"And I’ll never forget I stopped right in front of the library here, and then I walked around the corner, and I pass a group of students--it’s pitch dark still, right, early--carrying water bottles and a bowl of grapes. And they said, “Would you like some grapes? How about some water?” And I couldn’t believe it, they were already out there showing support, you know, for the faculty which was just amazing."5 -Barry David

The decision to participate took on various forms for different students. Some groups provided food, drinks, and umbrellas for the faculty. Starting early in the morning, they carried crates filled with water bottles, grapes, and donuts to the picketing locations scattered across campus. In the following audio clip, Barry David recounted his first encounter with some students on that early Wednesday morning:

One unnamed student ordered pizza from the community restaurant--the Sugar Bowl--to give picketers sustenance throughout the day. Others congregated at various picketing locations, actively interacting with faculty members. Some arranged a march. As recalled by Lundy, various students "met out in front of the library" before "walking around and using our voices to express our opinions."6 To her, the march was a massive success for the students, producing "a lot of really great emotions."7

The student-led band, Big Boy Brass Band, provided music for everyone on the picket line. A member of the band, Connor Devlin described the enjoyment he felt by providing some musical relief to faculty members. The band consisted of a sousaphone, two saxophones, three trumpets, two trombones, and three students from drumline. Using jazzy tunes and group chants, the players transformed the atmosphere into good-natured dancing and cheering among professors and students alike. The group traveled between picketing locations on Millersville campus and at the Ware Center in downtown Lancaster. For Devlin, Big Boy Brass Band brought everybody together. 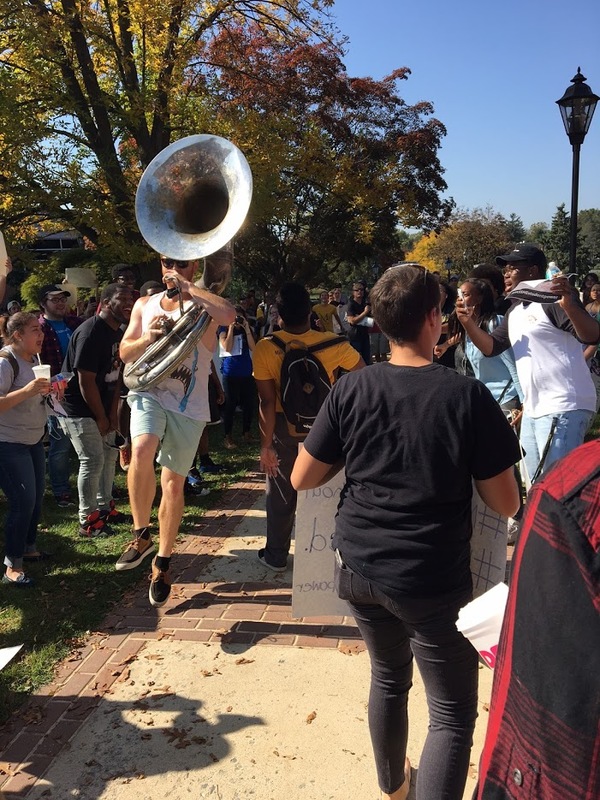 The students’ presence generated feelings of validation and cordiality among the faculty involved in the strike. During the three days of the walk-out, classes were unofficially cancelled and the weather was warm and sunny, creating a situation that seemed similar to a brief vacation. This gave students the freedom to do anything over the course of those three days. Despite the variety of possibilities available, students still came out to support the faculty. Standing on the picket line herself, Melissa Gold (Library) recounted the “significant amount of time” students spent alongside their professors, committing hours to the walk-out.8 Gold found it extremely encouraging to see them take the time to backup faculty members during their fight for better higher education. These actions represented something meaningful because the strike put students in a position were they had the most to lose. The various forms of unity expressed by the students emphasized their dedication to the faculty that taught them. In the following audio clip, Line Bruntse remembered the students presence on the picket line, which generated strong feelings of appreciation:

“And it was just like having people make this individual choice, it wasn't about being swept up in excitement, it wasn't about colluding with your friends, it was about just showing your personal inclination and I was just, I was so proud of those students and really, really moved.”9 -Line Bruntse 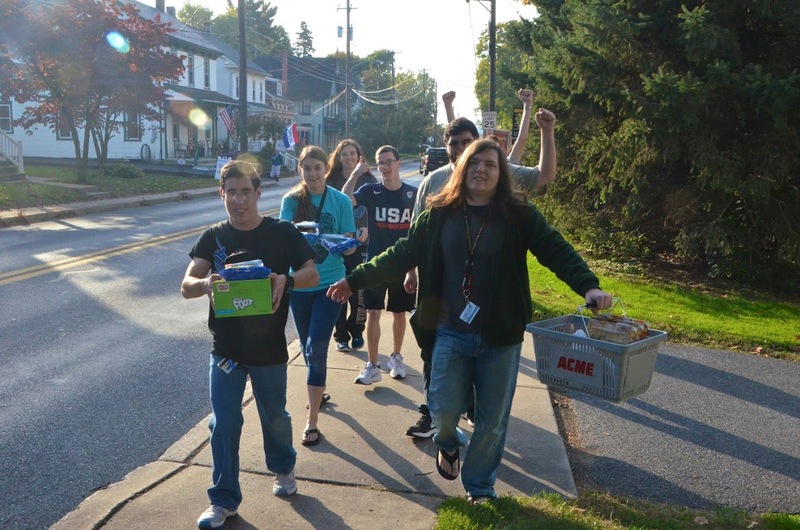 Food for the win