The Strike At Millersville 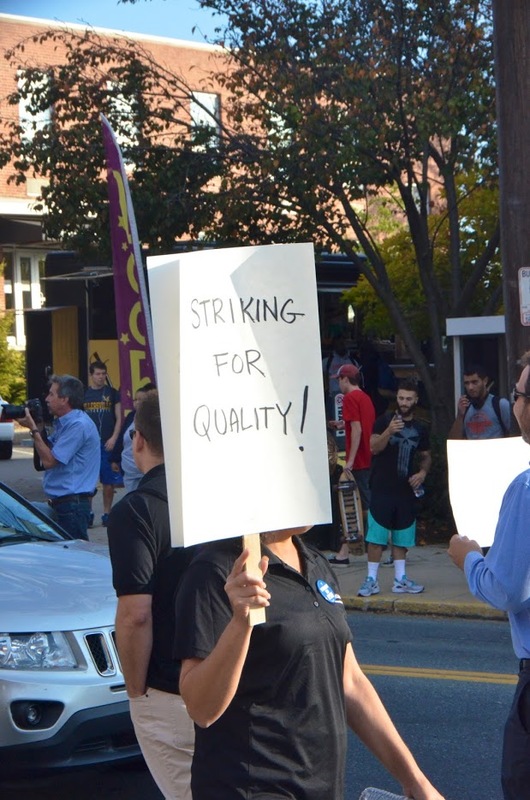 After a year and a half without an agreement on a new contract and demands from the Pennsylvania State System of Higher Education that included a plan to hire an increased number of adjuncts to cover more classes with fewer benefits, APSCUF members across the state voted to strike. 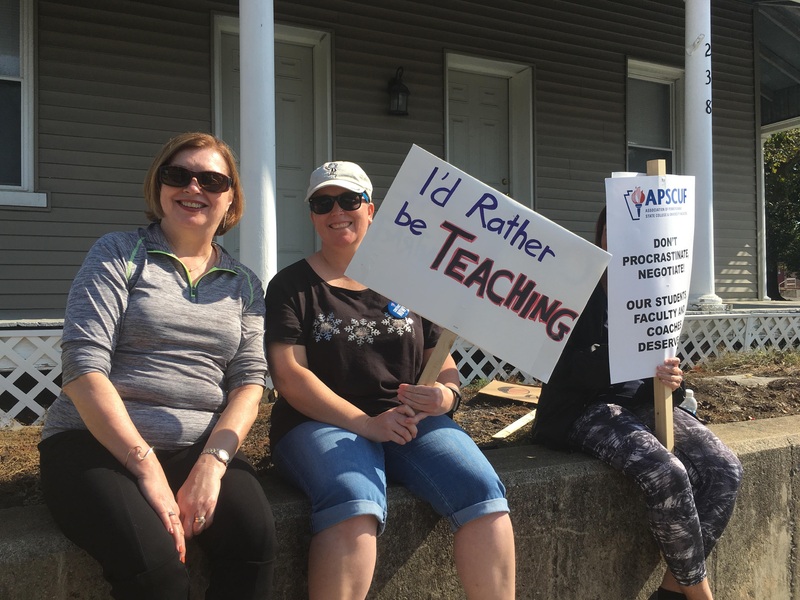 They'd rather be teaching

At Millersville University, like campuses across the state, most faculty members walked the picket line with their colleagues. Administrators and staff members took on new roles — taking attendance in classes, checking faculty offices, and keeping the university running. Some students attended class while others joined faculty on the picket lines. Students organized sign making tables, distributed food, water, and umbrellas, and marched in support of the faculty members. A student jazz band played in several locations, including in front of the university’s McNairy Library, contributing to a festive atmosphere on the picket line.

In total, 468 members actively engaged in the strike, leaving only 57 faculty members to cross the picket line. After three days, the two sides came to an agreement and a new contract was approved. Over the course of the three days, faculty members received no pay and no benefits–this included health insurance. The new contract did not include increased numbers of adjuncts teaching more courses at lower pay and Faculty members agreed to contribute more for health insurance.

Will teachers strike at 14 state-run universities by WGAL1