Behind the Scenes: Strike Coordination 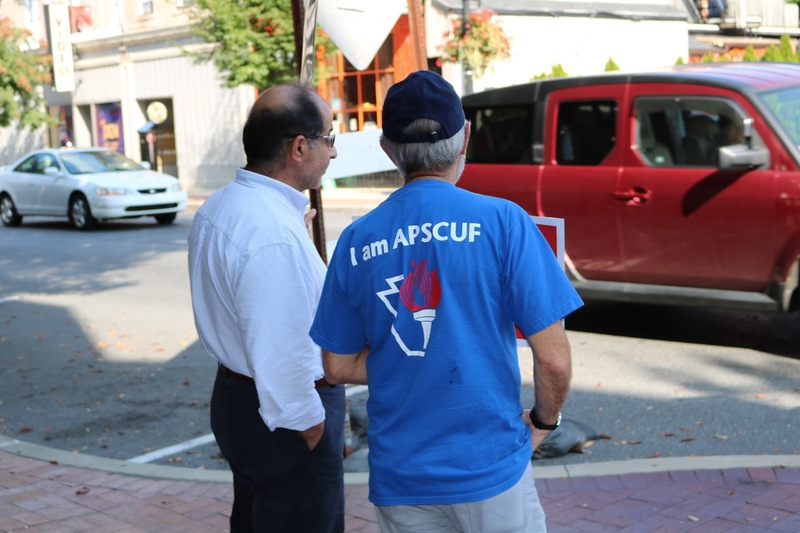 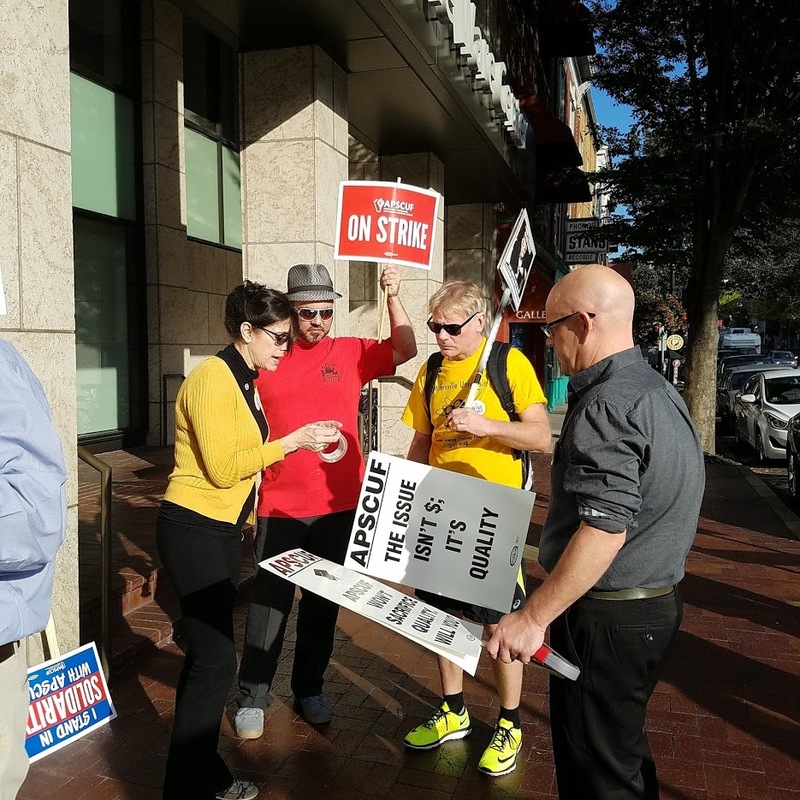 The successful leadership of both the mobilization committee and faculty coordinators provided the initial glue that helped hold the strike together. Preparation for the event began about a year after the initial contract expired. Biweekly conference calls ensued between chapter presidents on the Negotiations committee and the Mobilization committee. As president of Millersville APSCUF chapter, Barry David participated in mobilization calls “from about late May all the way through to October, in addition to the chapter presidents calls and negotiations committee calls.”1 While David participated in the union’s previous authorization votes, he never actually stood on a picket line on strike. Planning early helped provide a small sense of security in an otherwise uncharted territory. This gave APSCUF union members a foundation to build off of as the possibility of a strike turned into a probable event. As the strike date approached, David noted that the days directly before the strike mainly involved “rallying people together to perform on the mobilization committee locally.”2 Serving as mobilization chair, Ken Smith gathered volunteers to serve as picket captains, organized the picket lines, collected hand-made signs, and disseminated information to faculty through personal email accounts about anticipated procedures if the strike commenced. On the morning of October 19, 2016, David and Smith called union members to their designated picketing locations. These efforts started at 4:59 Wednesday morning as David sent out emails containing the news before departing for campus. 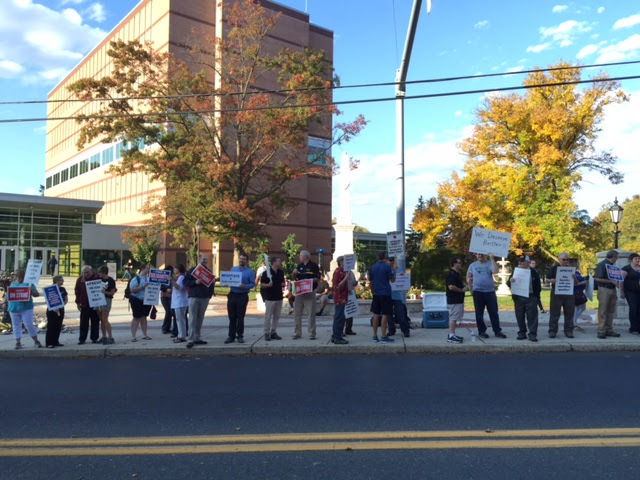 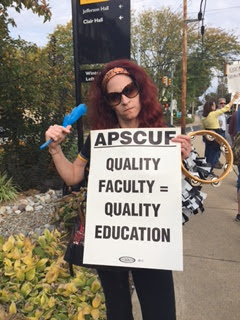 David continued to spread information about the strike negotiations via email and word-of-mouth. During Wednesday and Thursday night of the strike, he engaged in conference calls between chapter presidents and the mobilization committee. Acting as a messenger, he relayed the information generated during these meetings to faculty members via email and on the picket line. Sending about two to three emails per day, David attempted to relay specific points discussed during the meeting to union members. The faculty’s reactions to this communication were mixed. Some felt unprepared and thought more action was needed. Others felt the union effectively circulated information, making it accessible to everyone directly involved. Although not all questions were immediately answered, as time went on answers eventually arose. As a result, a number of faculty members expressed they received enough emails to feel personally informed.

Yet, the role of chief communicator placed a taxing responsibility on Barry David given the challenges of the strike experience. Negotiation regulations prevented him from passing on much information. He lamented the cryptic reports he was forced to relay:

""And that was hard. You know, I have my colleagues standing out here on the street wondering what’s going on, they’re giving up, you know, a great deal for a strike like this."3 -Barry David 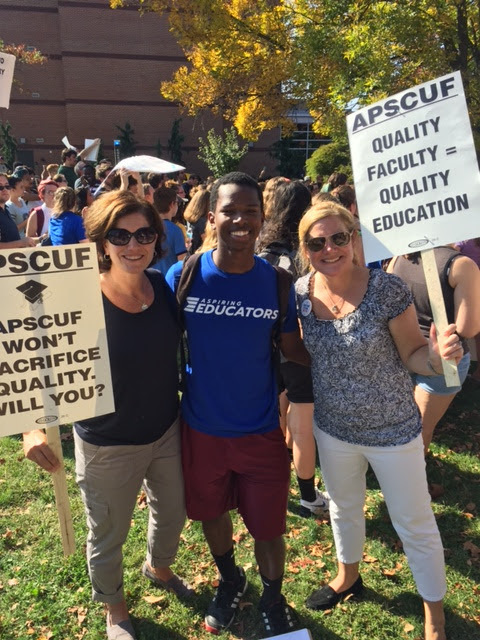 Through this communication he tried to ease the anxiety his fellow colleagues felt by helping them “realize that, you know, we’ll get through this.”4 That’s essentially how he saw his role: “trying to communicate with the faculty, sending them information best I could, and thanking them for the support.”5 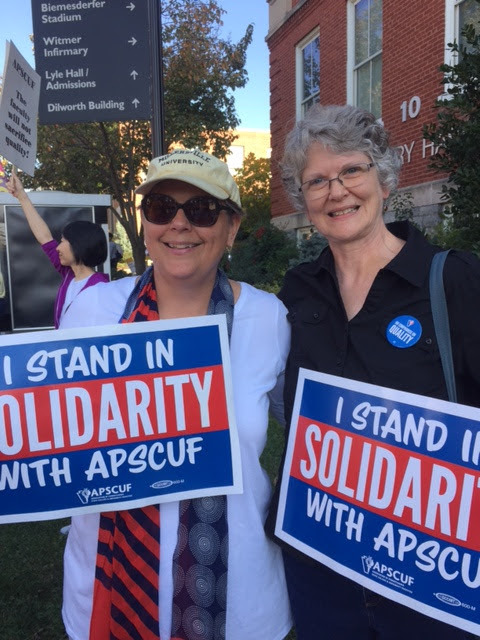 Concerned about a possible break in communication, information then traveled through dispatchers, such as Ken Smith, “running back and forth between our office at George Street Cafe and the picket lines to distribute information.”6 Outside the picket lines, various academic departments passed the news to one another. Like many departments, union representatives Sandra Deemer and Laurie Hanich in the Department of Educational Foundations established a communication system of personal emails and cell phone numbers prior to the advent of the strike. Through social media, Hanich provided additional news to the department. The two went on to participate in the demonstrations, taking photos and “passing them along to leadership so they could get them posted.”7

A number of faculty members served in leadership positions.  On the picket line, Thomas Neuville (Educational Foundations) worked to create a positive community on the sidewalk. Spending most of his time at the juncture of George Street and Cottage Avenue, Neuville encouraged friendly interactions between strikers and the public. Despite their reaction, he “made a point to smile and wave and connect with each driver” that passed.8 For him, this walk-out depended heavily on connecting with the public. Whether the public displayed favor or disregard, the union members interaction with the community provided a great opportunity to educate the public. Neuville stressed the importance of being positive on the street.

To create an overall positive environment, the strike required coordinated efforts among protesters, law enforcement, and outside organizations. As Chief of Police for Millersville University campus police, Pete Anders saw his role as ensuring order, safety, and non-interference of the operations of the university. In achieving these goals, Anders communicated “with those he believed will be involved with the strike, and anybody else that might be attracted to areas if there’s picketing.”9 Anders and union President Barry David met several times during the late summer, and again on multiple occasions in September, creating the opportunity to  air any concerns during the course of the strike. The anticipated meetings created an open door for healthy communications that kept everybody on campus safe. 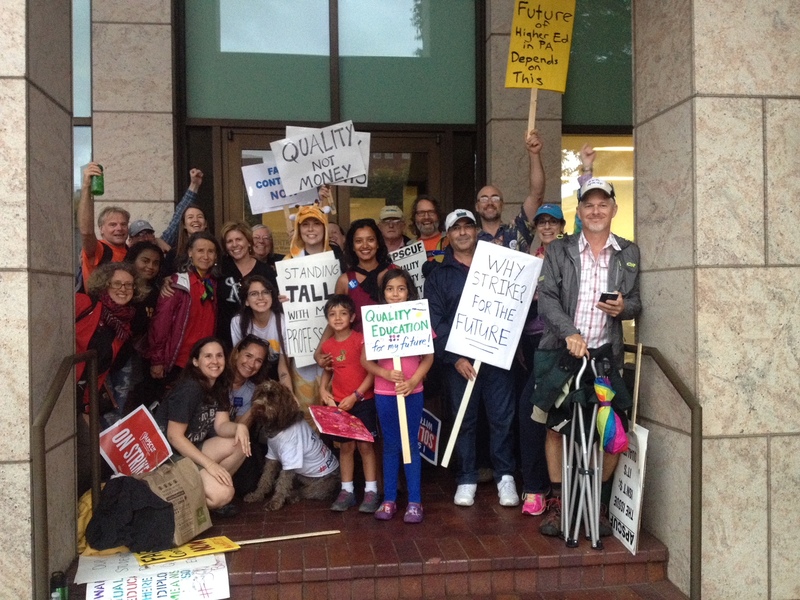 We're all in this together

← Leading up to the Strike
On The Picket Line →
Behind the Scenes: Strike Coordination