Portrayal in the Media and Outside Perspectives 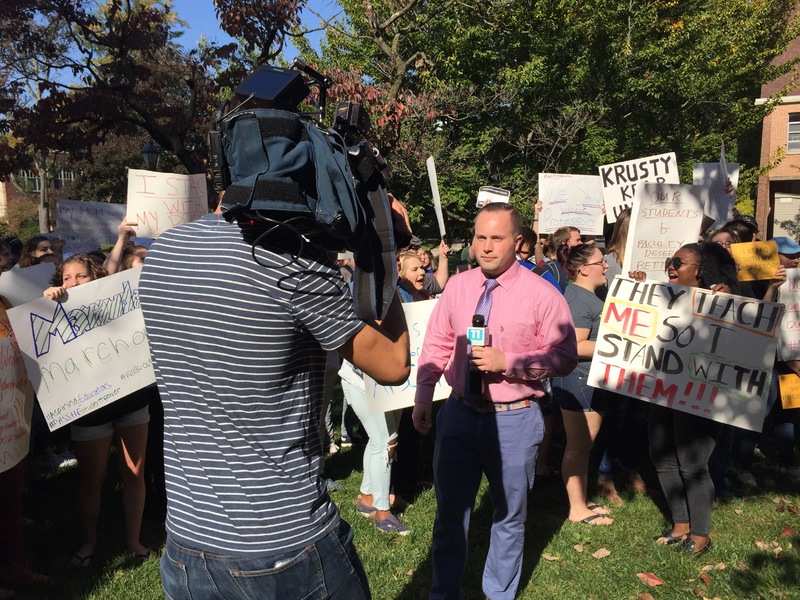 "Talk to the table, not to the media."

Throughout the strike, a variety of news stations gathered at the fourteen state system campuses. Most of the coverage concerning Millersville University aired from WGLA and Blue Ridge Communications 11. Over the radio, NPR radio hosts provided additional information. Live interviews began shortly after the strike was called. APSCUF President Barry David recounted the frantic phone call he received from Ken Smith on the morning of the walk-out. Driving through the dark towards campus, David answered Smith’s call “that the TV crew was here...looking for a live interview.”1 The interview was to be aired during the six o’clock news. Smith took the interview. Over the course of the next three mornings, various media sources continued to flood Millersville campus, all of them asking for interviews. Some of the outlets included the Wall Street Journal and the Chronicle of Higher Education. Stories of the strike eventually reached national news, informing a broader audience than just the individuals directly involved and the local community. In his interview, David recounted the moment he realized the breadth of the strike:

"I get a text message from my daughter who lives in Jersey who received a photograph of me from my brother who lives in Atlanta, who somehow got it from the news media he sees. And, his note to her—in a way to write to me—was 'I almost spit out my coffee when I saw this.'"2 -Barry David 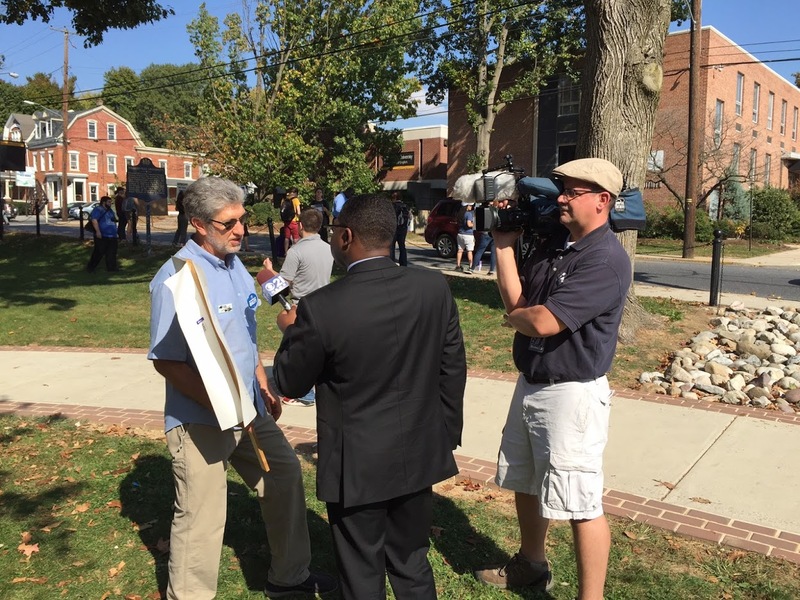 With a different point of view, some narrators discussed the scarcity of information offered by the media. To Jeff Adams (Associate Provost) coverage of the strike was particularly weak. Continuously checking the PASSHE and APSCUF sites, while staying updated on the local media and NPR, he found “most of the local media coverage so thin it was hard to know what to make of it.”3 The majority of broadcastings struck him as superficial, focusing only on information from the press releases as opposed to independently verifying the facts. As a result, reactions from the public varied. Some narrators described the responses as generally supportive, commenting on the encouraging messages they got on Facebook and Twitter. In general, the online community seemed mostly loving, sharing and liking the posts shared on social media about the strike. Faculty members received pictures of themselves via text message from friends and family watching the news about the strike with positive captions typed underneath. At home, neighbors commented on the commitment, dedication and passion visible on the picket lines.

On Strike! Teachers, students at picket line for Day 1

The diversity of support included: borough police, UPS drivers, the restaurant owners of the Sugar Bowl and George Street Cafe, the Lancaster district attorney’s office, and Mayor Rick Gray of Lancaster. In order to guarantee the safety of everyone involved in the strike, Barry David worked directly with campus police, the borough police and the district attorney’s office. Robyn Davis (History) recalled the friendly atmosphere of the employees at the Ware Center in downtown Lancaster. The Ware Center is a Millersville location, the employees at the center also work for the university. Davis described them as “amazingly welcoming, displaying warmth and support” to the cause.4

A few narrators described the negative reactions expressed by parents, the public, and some students. Mostly fueled by misinformation from the media, some people outside of Millersville University saw the walk-out as petty. Compared to most jobs, the benefits provided by the state surpassed those provided by other employers. Some saw the faculty members as out-of-touch with reality, arguing that they should be grateful for what they had. Also stemming from a lack of information, a few parents expressed feelings of anger for the faculty, viewing the strike as a way to cheat students out of money and ruin graduation plans. In particular, Carrie Smith (Sociology) recalled that on the third day of the strike a car pulled up near her picketing location. Leaning out the window, a small child exclaimed, “Get back to work.”5 Aiming to keep the atmosphere positive, Smith simply smiled and let him know they would “when we get a fair contract.”6 Greg Seigworth noted public misperceptions about the strike:

"So, I don’t think a lot of people understood, cause’ usually I think people see strikes as, you know, it’s that kind of rhetoric where the union makes demands and the system makes concessions. Like, the owner makes concessions and we make demands. So, already you’re at a disadvantage because it sounds like you’re asking for a handout, or you’re asking for something more, or you’re being greedy. But, for me, the strike was--and I convinced a couple of our adjunct faculty in communication and theater to join me and they did--that this was more about issues of the classroom, about distance learning, about adjunct faculty..."7 -Greg Seigworth 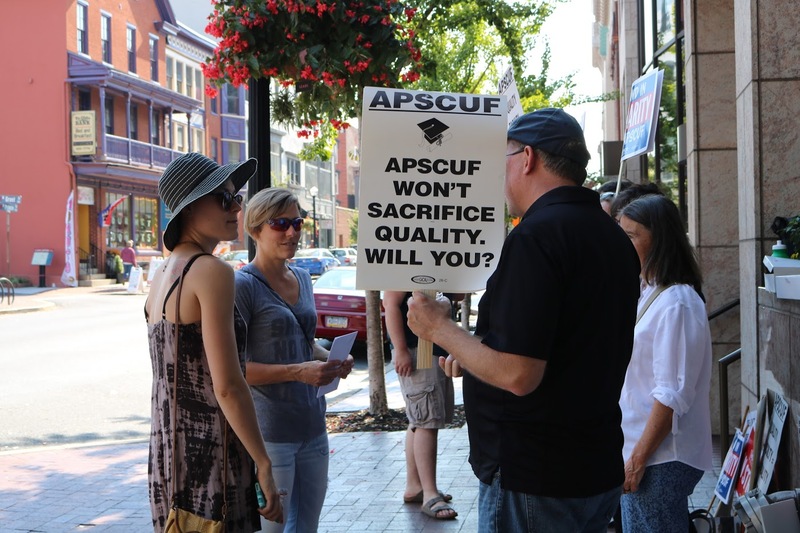 This separation between academics and the public acted as a space for misunderstandings to grow, allowing individuals outside of the university to formulate negative biases towards the strike. The lack of information released by the media only helped to stabilize the critical and dismissive opinions. Therefore, the experiences on the picket line taught faculty how to respond to those who disagreed and the importance of keeping a positive attitude when faced with opposition. By refusing to respond in a negative manner, it increased the possibility for discussion. In some cases, this helped to create an understanding between the picketers and the public.