On The Picket Line 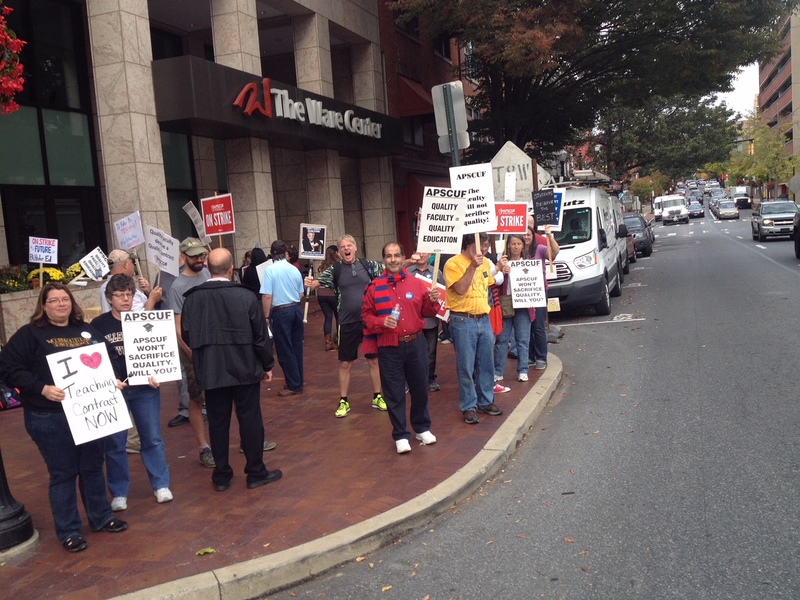 Of the 31 faculty members and students interviewed, most joined the picket line. Picketing locations included three main areas: on Millersville University’s  campus, at MU’s Ware Center location in downtown Lancaster, and at the Dixon Center in Harrisburg. For the majority of the strike, picketers moved between the first two sites. Marches at the Dixon Center only occurred on the second day–October 20th, 2016. 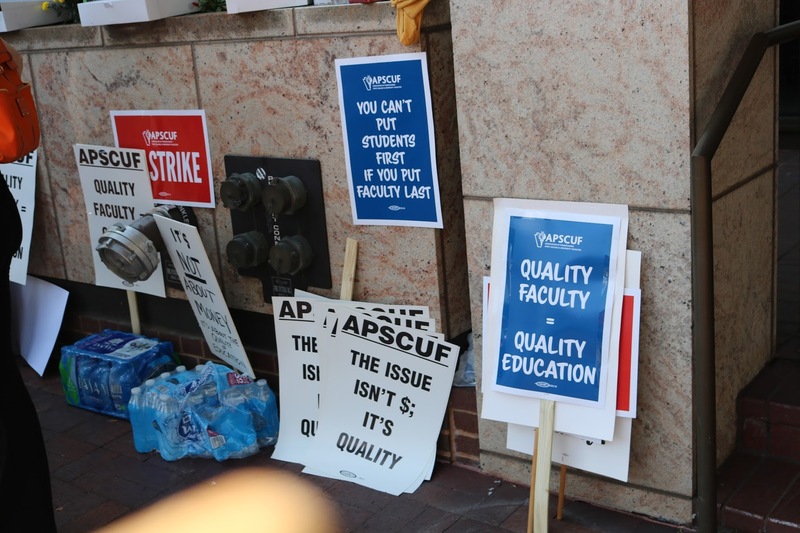 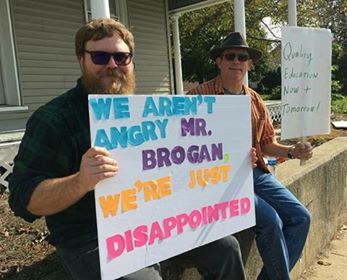 Thinking back on her involvement in the strike, Beth Powers (Early, Middle and Exceptional Education) talked about her refusal to “cross the picket line” as she stood “in solidarity with the union and my colleagues.”1 Participation in the strike took on various meanings for other narrators. Some assisted in making the signs faculty members planned to carry. For example, utilizing her “twelve hundred square foot studio at home,” Line Bruntse (Art & Design) volunteered her studio for “sign making and any meetings we might need to have if the strike went on long.”2 Fellow colleagues quickly filled the space of the studio, making it difficult to identify everyone in room. Bruntse noted that about thirty faculty members came out and “helped make signs the night before.”3

Alex DeCaria (Meteorology) noted his desire to participate, wanting “to be active and a part of it.”4 Equally, through her laughter during the interview, Shauna Frischkorn (Photography) recalled the experience of seeing “at least fifty percent of the signs walking around with my handwriting.”5 Working in a grocery store during her childhood, she learned to quickly create signs in a limited amount of time. While some faculty narrators discussed the difficulty they experienced in creating signs, which led to signs with letters falling off the edge, Frischkorn produced multiple signs easily. Of those that participated, they commented on the heartening experience of joining their fellow coworkers in an act of supportive unity. These narrators felt it necessary to work as a united front. Understanding the commitment that teaching at an institution for higher education required.

Many faculty members furthered this sentiment, noting how the strike brought people together in a way not seen before. The load of responsibilities in teaching, scholarship and service leave little time for connections within and beyond departments. The strike introduced an atmosphere of community and comradery, providing the chance to create human connections with various colleagues across multiple disciplines. 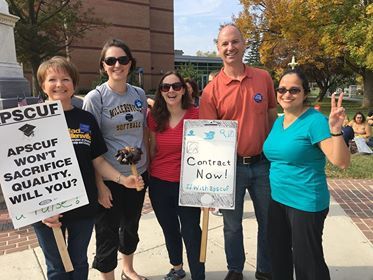 Other faculty members shared the variety of emotions they felt during the walk-out, ranging from apprehension to enthusiasm. As the first strike, faculty narrators were cautious as they remained unsure of the impact of the strike. Prior to the strike, communication between faculty and students was different. Between faculty and students, although some narrators discussed the methods they used to covertly inform the students enrolled in their courses, this still left a large majority of the student population uninformed. While some students felt informationally prepared, others were overwhelmed by the lack of communication and the uncertainty surrounding the strike. As the strike date approached, some faculty members questioned whether the students understood the reasoning behind the decision to walk-out. Others recalled encountering students beside themselves in worry about the strikes’ effects on their graduation plans. Contact between faculty and the media was also sparse, often exacerbating the internal struggle students and their parents already felt. Therefore, many faculty members approached the first day of the walk-out tentatively, unsure of the reactions they’d receive from students, fellow colleagues, and the media. Driving to campus early that morning, Barry David recalled the thoughts going through his head during the commute in the following audio clip:

"That was the other thing, was that going to work out? What was going to happen when I came on campus? Would anybody be here or would I just show up and it’s me and, you know, maybe Ken Smith, who’s my vice president, and the two of us are out there picketing. Would anybody really show up?"6 -Barry David

A few faculty members added their own creative spin to the strike. Beth Katz (Computer Science) was a prime example. She viewed  her picketing experience as “the hiking version.”7 Starting on the corner of George Street and Cottage Avenue, her location originally acted as a “sort of extension group” in relation to the other sites.8 Yet, instead of remaining at a localized standstill, the group decided to hike “as many paths as we could go on throughout campus.”9 The movement allowed for greater visibility of the strikers and their cause. This idea created the possibility for heightened awareness and public interactions across Millersville University. 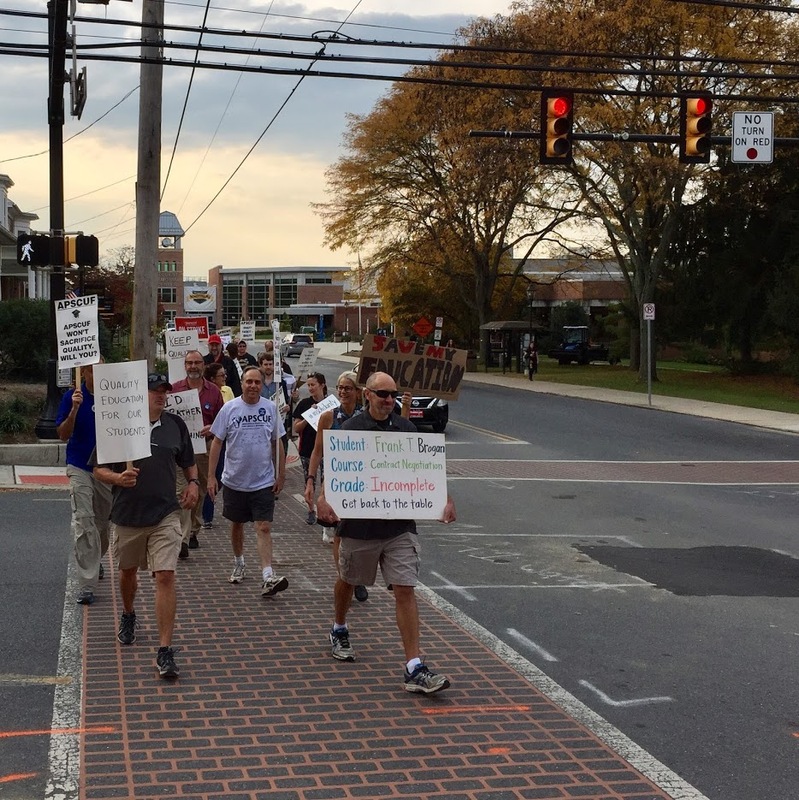 The hiking version of picketing