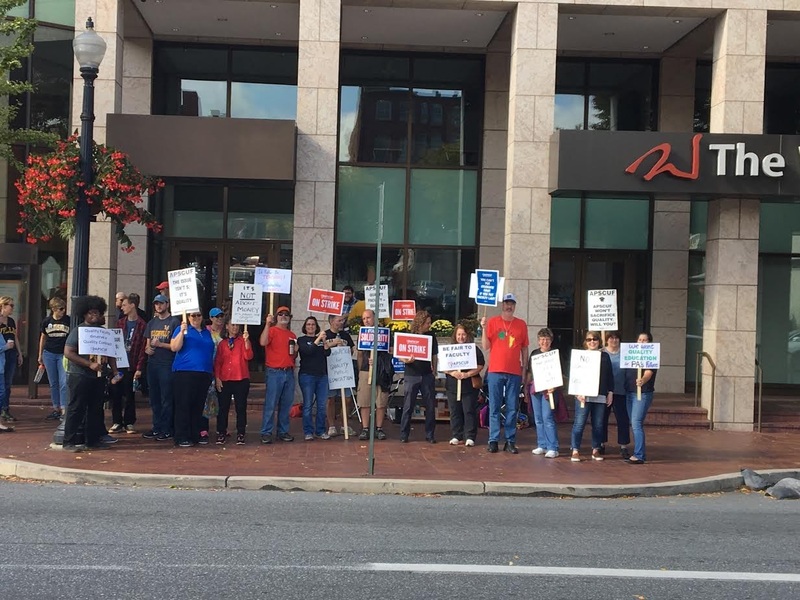 “...the trend towards treating education as a consumer good, students as customers, the increase in the administrative layer of the university that draws not from the ranks of faculty but rather from people of the business minded ethic who are looking at a profit and loss statement which has only dollars and not the common good in it.”1 -Robyn Davis

A central theme that emerged during the strike and in the interviews that followed was the importance of supporting quality higher education in Pennsylvania. Ana Borger-Greco (Foreign Languages Department) believed the State System’s insistence on cutting educational costs came from viewing faculty as simply an expense. She expressed her dismay about “the posturing that’s going on.”2 To reduce the amount of money spent, the State hoped to hire more adjuncts instead of tenure-track professors, increasing their workload and minimizing their benefits. For young academics, working as an adjunct provided the opportunity to ease into the field of higher education. However, many adjuncts in the PASSHE system worked three or four jobs in order to make ends meet. In the following audio clip, Robert Spicer reflected on his experiences of working as an adjunct professor in higher education:

"Now it was...the down side of it was that I was driving from spot to spot to spot, but by hustling I cobbled together a pretty decent paycheck. And there were...there was one year where things were kind of thin and I ended up working at Barnes and Noble twenty hours a week one semester because I only had three classes to teach that semester and I needed to make up the lost income somehow. So, I appreciate how adjuncts in Pennsylvania can, you know, pull some things together in that way, but I also see it as requires a stressful existence that shouldn't be sort of expected of someone in order to just make a living wage — to make ends meet."3 -Robert Spicer

"So, one of the things that trickled out into the union membership that was said in the state system was about turning adjuncts into teaching machines — I think was the phrase that was used. And, for me, I can see opportunities in adjuncting for young academics. ...But I also see it as problematic. If we do more and more of this, sort of, turning people into these tenuous kind of people who have no home, who have to jump from spot to spot and have to work all these many jobs to add up to one job. So, it's bad for them as academics — as faculty — and it makes it really hard to do the other components of an academic career not just the teaching, but the research and service [too.]"4 -Robert Spicer

Barry David compared his first year at Millersville in 1983 when the state provided “about seventy-percent of our revenue” to today where the state provides only “twenty-five percent.”5 This has reversed the relationship between state funding and an individual student’s tuition. Where before students directly paid for about twenty-five percent of their tuition, today they pay for roughly seventy-five percent. David addressed the unjust situation this placed students in, acknowledging “that it’s not right; students should not have to leave with such incredible debt.”6 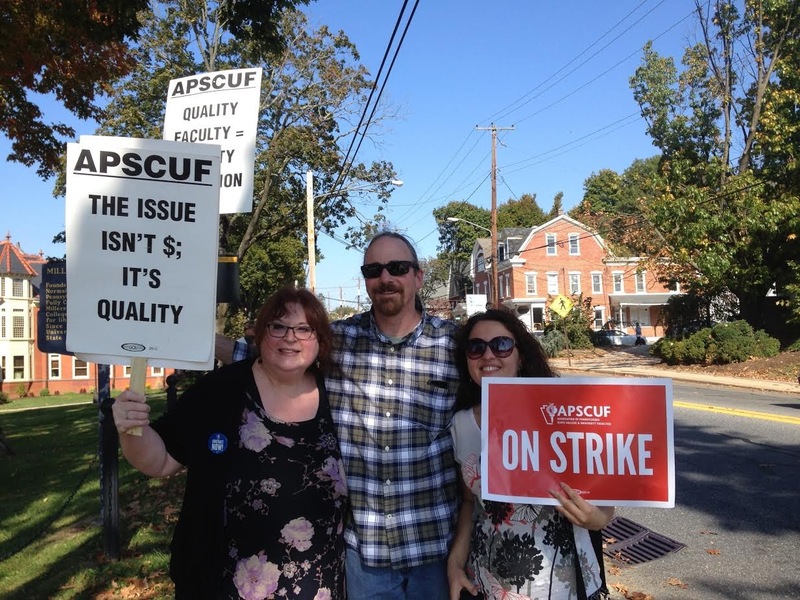 Judy Halden-Sullivan, Tim Mayers and Katarzyna Jakubiak stand with APSCUF; do you?

As a result, narrators believed that public higher education was under attack. The State’s continued movement toward treating higher education as a business seemed to have the goal of reducing costs and graduating students at the cheapest price possible. Ana Borger-Greco believed that this created ideologies that conceived educational institutions as synonymous to manufacturing plants. 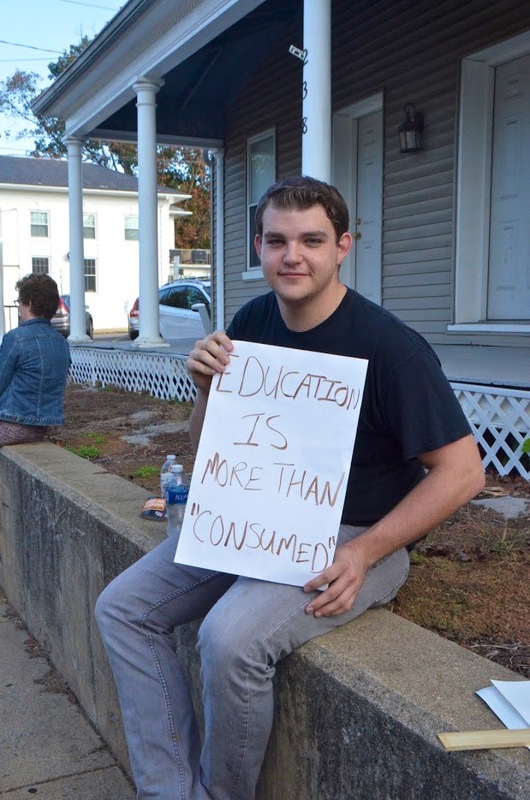 Education is more than "consumed"

The aforementioned interviewees provided only a few individual perspectives regarding the societal views, and governmental treatment, of education, faculty members and students. Yet, regardless, the general consensus of the interviewees remained concerned about the future of higher education. For Kathleen Walsh (Social Work) the outcome “of our past elections on education” led to an uncertainty “that a Trump administration is going to value higher education.”8 Therefore, the answers to “how we frame and shape accessible public education,” relies more heavily upon “the state and local level.”9 Ana Borger-Greco added to this strategy, insisting that “if Pennsylvania would only add a half a percent to our income tax...per year...it would solve all of those problems.”10

Realistically speaking, staying silent would have exacerbated the educational inequalities between professors and adjuncts, as well as between state funding and student tuitions. These inequalities included the opportunity to force adjuncts into teaching increased course loads for less pay and minimal benefits. By expecting school systems to adopt the ideology of working more for less, the overall quality of classes layed at risk of diminishing. Therefore, by recognizing their right to fight for educational equality, faculty members advocated for increasing academic opportunities. Such opportunities aimed not only to create a fair working environment for all faculty members, but student intellectual growth as well. 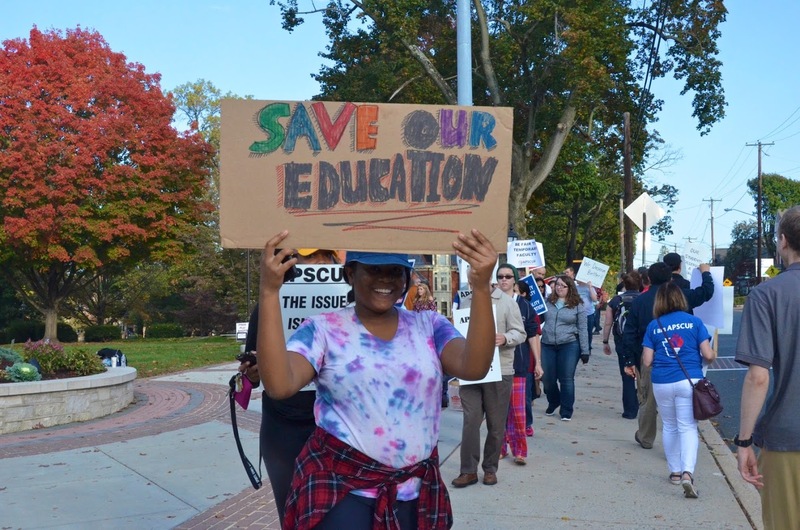 ← Student Support
Portrayal in the Media and Outside Perspectives →
Themes: Quality Education