Leading up to the Strike 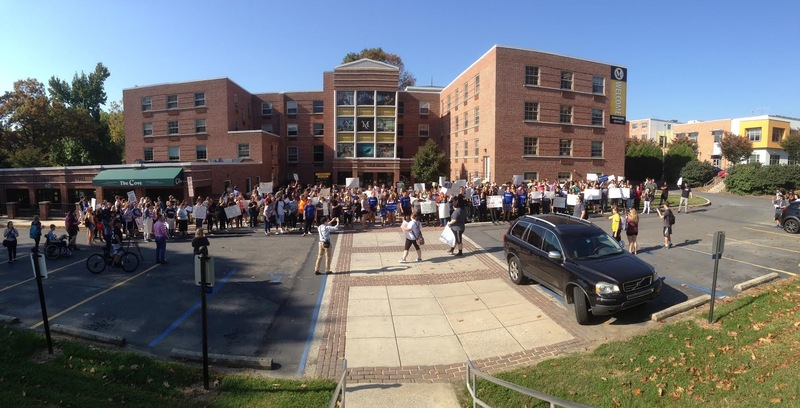 “Wow, we actually were preparing for the strike months in advance. So we started at least a year–remember the contract was out about a year and a half–so, it was about a year out that we really began thinking in terms of seriously about striking and what that might consist of.”2 -Barry David 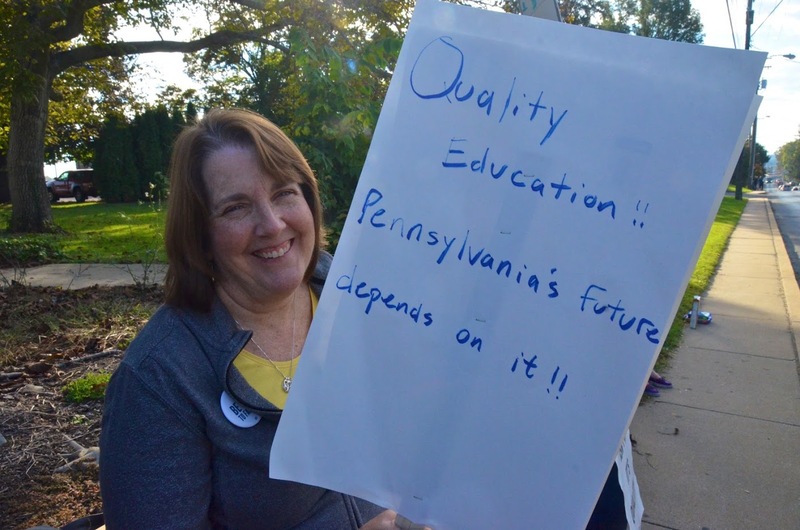 Kirsten Bookmiller: "Qualty education is the key to PA future."

Union President Barry David (Department of Applied Engineering, Safety and Technology) recalled that the “original motions for a strike-authorization vote occurred in April at Legislative Assembly.”1 Attended by all the delegates from the fourteen state universities, the negotiations committee–or chapter presidents–brought the motion for a strike to the floor. The motion served as a tactical maneuver to exemplify the seriousness of the situation. In the following audio clip, David reflects on the conflicting emotions felt by the negotiations committee when introducing the proposal to strike:

"We didn’t really want to have an authorization vote go to the membership at that point because we knew that it would be disruptive on campus at a time when students are thinking about graduating–you know, finishing up a semester. We didn’t want to do that, but we did want to prove and show our resolve and seriousness."2 -Barry David 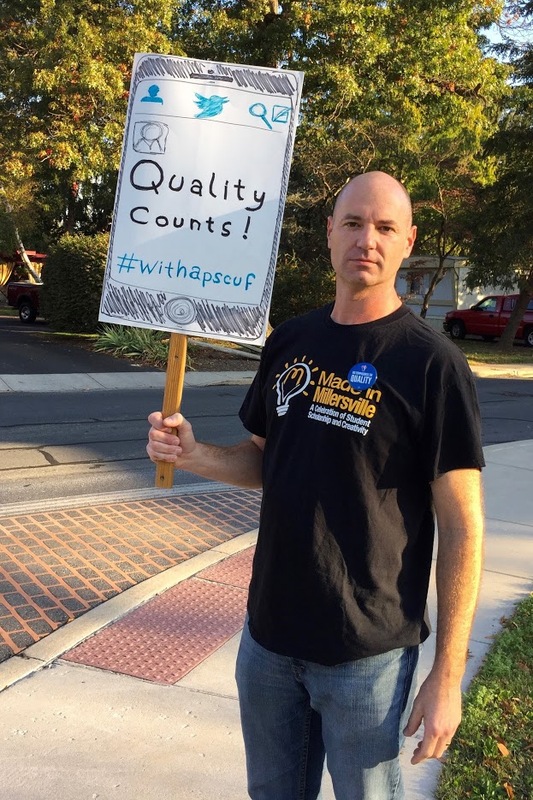 Although the Legislative Assembly tabled the idea, they agreed to arrange an authorization vote during the summer, before extending the decision to a campus wide ratification. Calls concerning the strike first began between the months of May and June, escalating in seriousness during the month of August. The strike authorization vote of Legislative Assembly delegates took place late in the summer, while the campus wide ratification vote occurred during the month of September.

Faculty members reported feelings of anxiety and stress in the days leading up to the strike. This anxious atmosphere stemmed from the uncertainty surrounding the event as many key concerns remained unanswered. Union Vice President Ken Smith (Economics Department) remembered that the main issues most faculty members became concerned about involved “not knowing if we were going to strike, how long it would go, being without pay, and being without health insurance potentially for a while.”3 In the past, while meetings about walking out occurred, the decision to act always fell through. As Smith elaborated, being his “fourth or fifth contract” at Millersville University, “every year it’s gotten close and we avoided it.”4 Faculty and administrators alike thought this would result in nothing more than going through the motions for a strike authorization vote. Kathryn Allen (Chemistry Department) recalled that the “APSCUF meeting just before the strike” had the undercurrent of: “We’re not going to strike. This is just preparing.”5 The reality of the strike failed to register for many interviewees until the first walk-out date.

"Like, there was just a little bit of... I think people [weren’t] expecting it to actually happen, and then it happened, and everybody was like...shocked."6 -Kathryn Allen

A few narrators expressed their concern about the strikes’ impact on the university as an institution. Andy Welaish (Director of Library Operations) noted that over the previous years the number of eighteen year old student enrollees dropped due to the demographics of the state. He was concerned that a strike signaled the potential interruption of classes and a negative image, causing possible incoming freshman to choose another institution, and potentially impacting the university’s financial future. State taxes fund the education students receive. If classes are canceled, students can’t learn and tax dollars are wasted. As employees of Millersville University, Welaish felt “we work here out of a sense of duty, and service, and public service, and providing access to an education for students that [they] might not otherwise be able to afford…”7

At the same time, other narrators felt that a walk-out threatened the efficiency of the university. Many different departments worked together to ensure Millersville operated smoothly. The interruption of one of these groups would cause problems for others, affecting the university in the future. In the following audio clip Jeff Adams (Associate Provost) discussed his concerns regarding this issue:

"I'll give you one really, really sort of direct example—because I supervise this area—that one would never think about. Well, for our students who require Sign Language interpretation we...we pay for Sign Language interpreters to be in their classes. Well, we pay them on an hourly rate to be there to do that work for the student. If the class isn't happening...they're not doing that work so we can't be paying them. The problem is that they're a...they're a limited resource and if we're not going to pay them to meet in those scheduled times for a couple of weeks they're going to look for other opportunities."8 -Jeff Adams 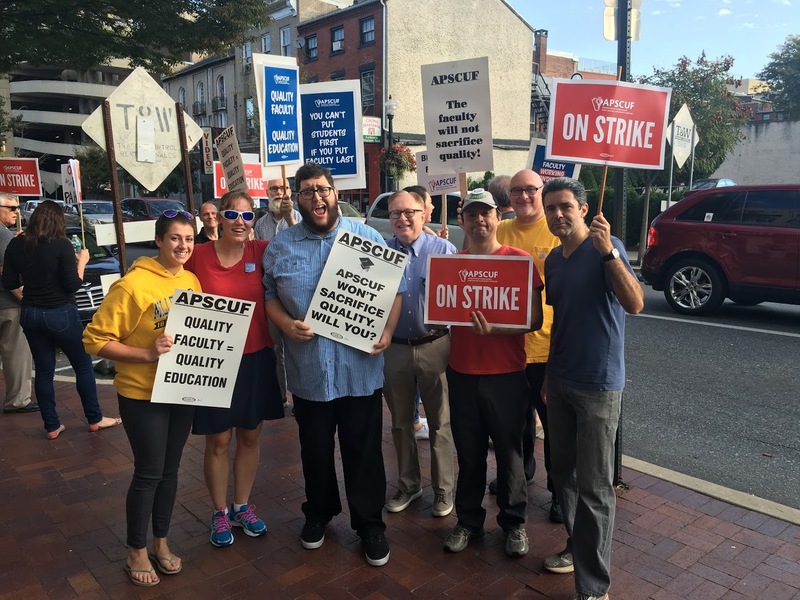