"Our symbol for Equality both in gender and race."

“One of the minor, shall we say, inconveniences or blatant acts of being unacceptable to some of the students, happened in the freshman composition classes because in freshman composition classes, students were assigned to their particular professor without their knowing to whom they were being assigned. During my first few years of teaching, and especially in these particular classes where the assignment was made by others, there would always be in a couple of these sections of composition students who refused, well, obviously resented the idea of being in the class, because I’m sure they had their stereotypical views about a Black professor; they had probably never been exposed to any teacher for that matter, and certainly not, they didn’t expect to have a professor who was teaching them in the classroom. And they wanted to demonstrate that to me by coming and sitting in the back of the classroom and looking out the window, resting their heads on their arms.” 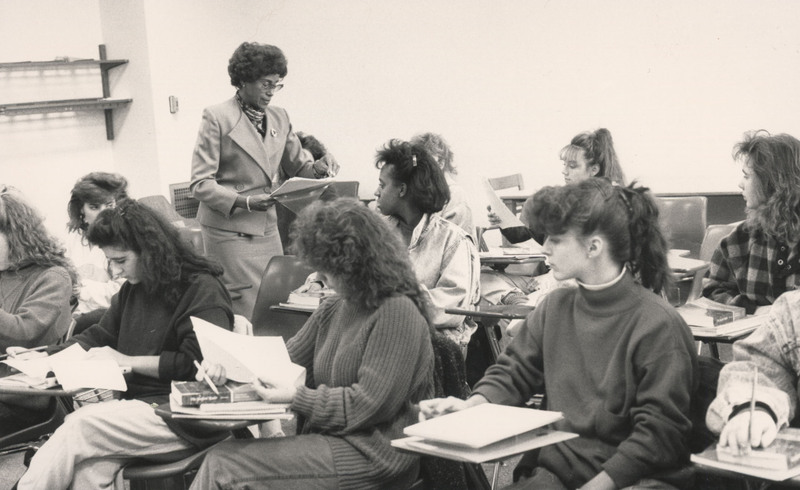 “I acted as though they were not there, since they were acting as though I was not teaching. I thought, well, we both can be invisible. I’m invisible to you. You’re invisible to me. And in less than sometimes a week, this being ignored or left out was a little more than they could take. So, they would come and ask some question, it might not be a very relevant question, but it was just a way of saying, I’m here, you’re not recognizing me, I want you to recognize my presence.”

"Some of the other issues that I encountered were in class discussions. If I remember, specifically in teaching English composition, we used essays and that sort of thing to generate discussions for topics for the students to write about and on several occasions, there would be articles or essays relating to affirmative action. And there were very strong feelings about that at that time. That suddenly whites were being discriminated against and favor was being shown to African Americans. And there would be somewhat heated debates about that. And of course, I tried to look at both sides of the coin and to understand their feeling of discrimination because I knew very well what discrimination meant. And I knew why there was need for an affirmative action program, and I tried to shed some light on that. But it seems as though that was always a real issue.” 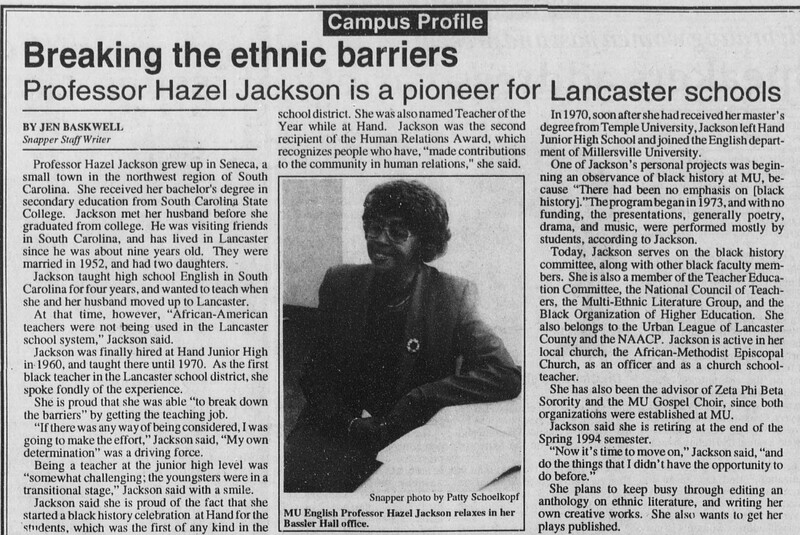