Silvestre Francois Lacroix was born 28 April 1765 in Paris.  He became an instructor of mathematics at the age of 17 in Rochefort.  He went on to teach mathematics at various schools through France, eventually becoming the Director of the Executive Committee for Publication Instruction in 1794. In 1799 he became professor of analysis at the Ecole Polytechnique and in 1809 he was admitted to Faculte des Sciences de Paris.  He began teaching at the College de France in 1812, becoming the Chair of Mathematics in 1815.  He died 24 May 1843 in Paris. 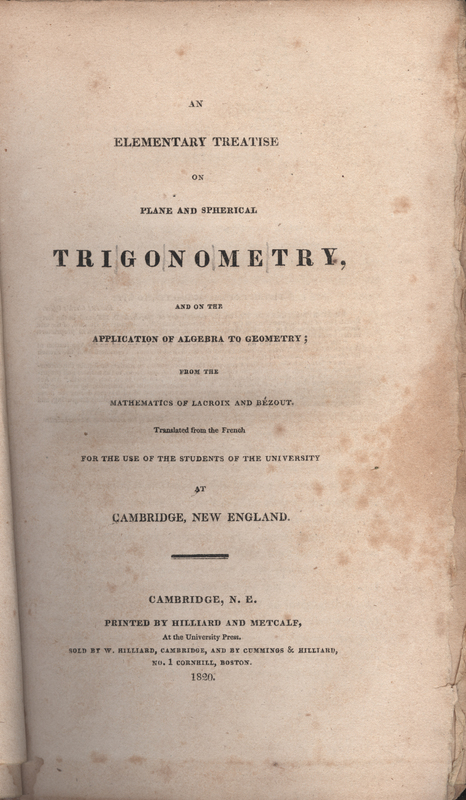 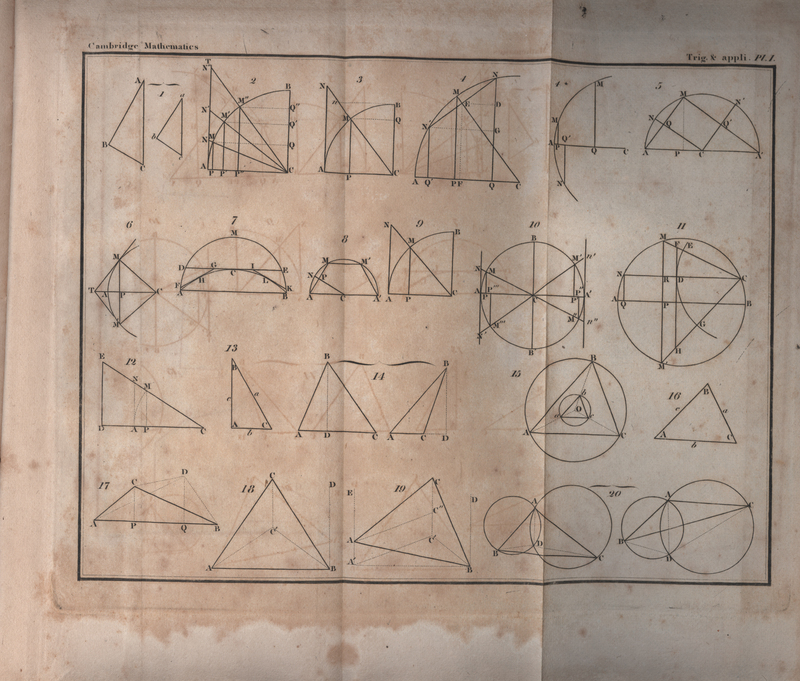 An Elementary Treatise on Place and Pherical Trigonometry, and on the Application of Algebra to Geometry; from the Mathematics of Lacroix and Bezout. Translated from the French for the Use of the Student of the University at Cambridge, New England. Printed by Hilliard and Metcalf, Cambridge, N.E., 1820.