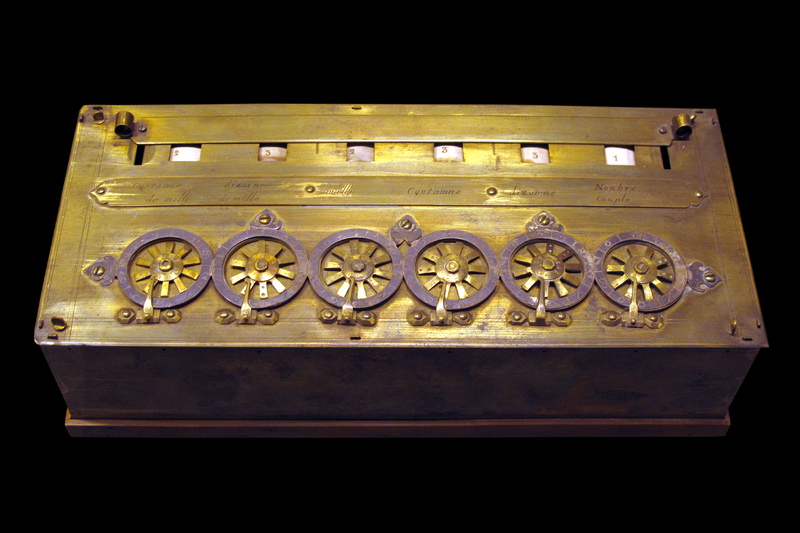 http://ds-wordpress.haverford.edu/bitbybit/bit-by-bit-contents/chapter-one/1-7-pascal-and-the-pascaline/ 1642: Blaise Pascal created the Pascaline, a mechanical calculator which could add, subtract, multiply, and divide.  Mechanically, the calculator could only add, but tricks like Nine’s complement were used to mimic subtraction, and by using addition and subtraction, the calculator could multiply and divide.  Though a brilliantly designed machine, the Pascaline was very fragile, requiring only a few small bumps during transportation to move a part and cause errors. 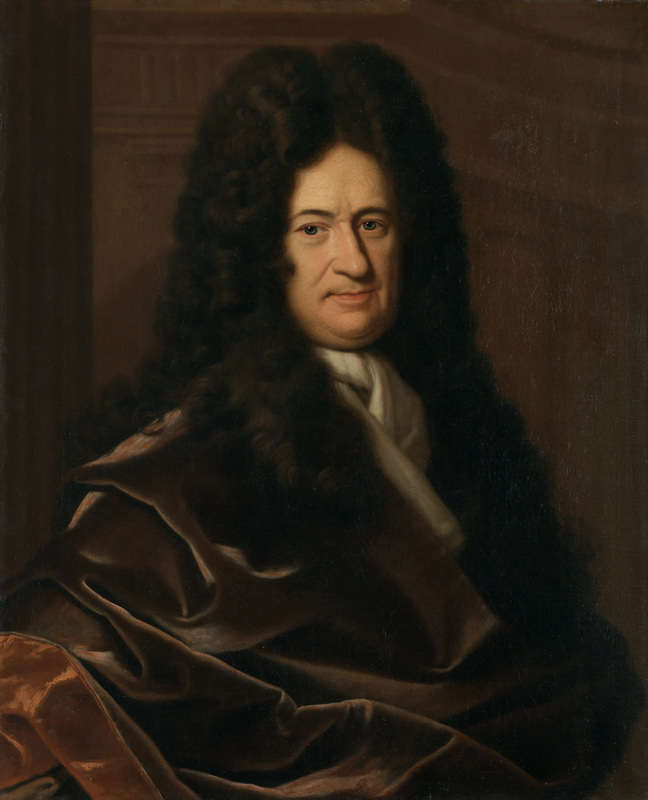 http://www.leibniz-translations.com/binary.htm 1703: Gottfried Wilhelm Leibniz invented Binary and Binary arithmetic.  Using only two digits, 0 and 1, Leibniz invented the binary system to make operations such as addition, subtraction, multiplication, and division easy.  Many years later, we took the binary system and utilized it for computers.  Since computers are essentially very complex adding machines, we needed a good way to represent numbers, but using the base 10 decimal system was far too complex.  By using binary, we could represent a 0 as an “off signal”, and a 1 as an “on signal”.  Leibniz’s ideas are one of the founding principles of the modern computer. 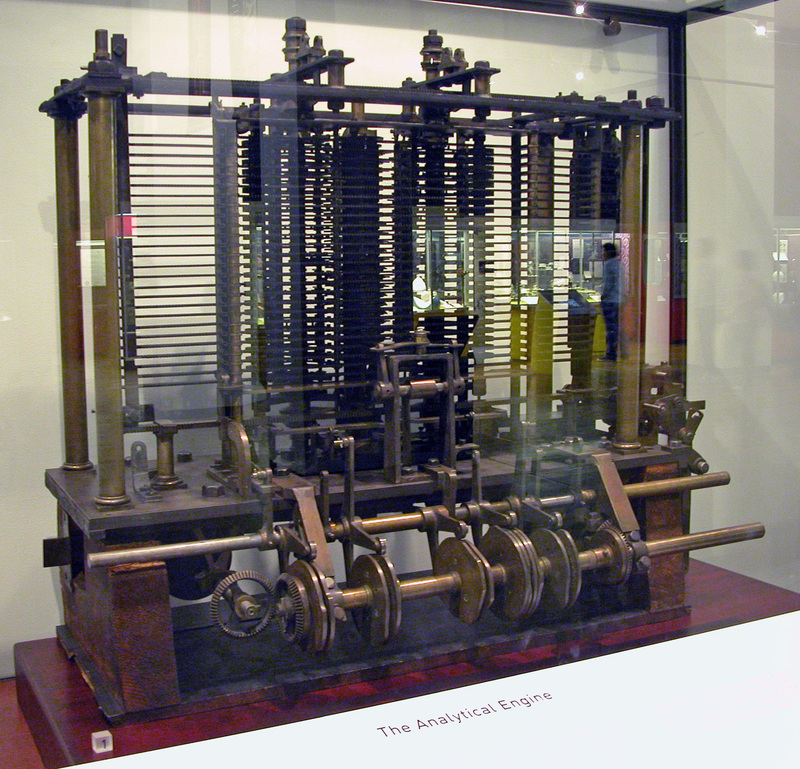 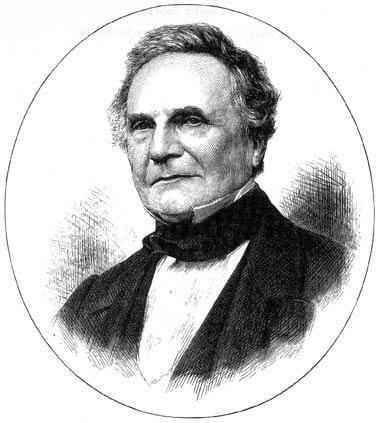 https://www.computerhistory.org/babbage/ 1791 – 1897: Charles Babbage’s Analytical Engine was one of the first programmable computers conceived.  This theoretical machine was never built because of its complexity but would have been possible to make during the time period.  This machine would have used a decimal system, rather than the binary system that we know today because Babbage believed doing so would reduce the number of moving parts, increase engineering efficiency, and keep with familiarity.  In 2002, a full-sized Babbage Engine was built to the original design 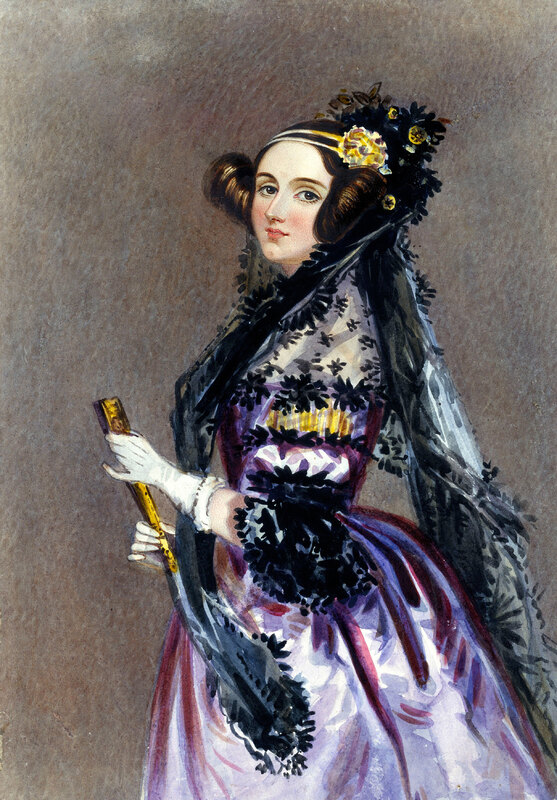 1815: Ada Lovelace (Countess of Lovelace), born Augusta Ada Bryon, was the legitimate daughter of the mathmetician Lady Bryon and poet Lord Bryon.  At 17, Lovelace met Charles Babbage at a party and formed a mentorship.  Through Babbage, Lovelace studied advanced mathematics with Augustus de Morgan of the University of London 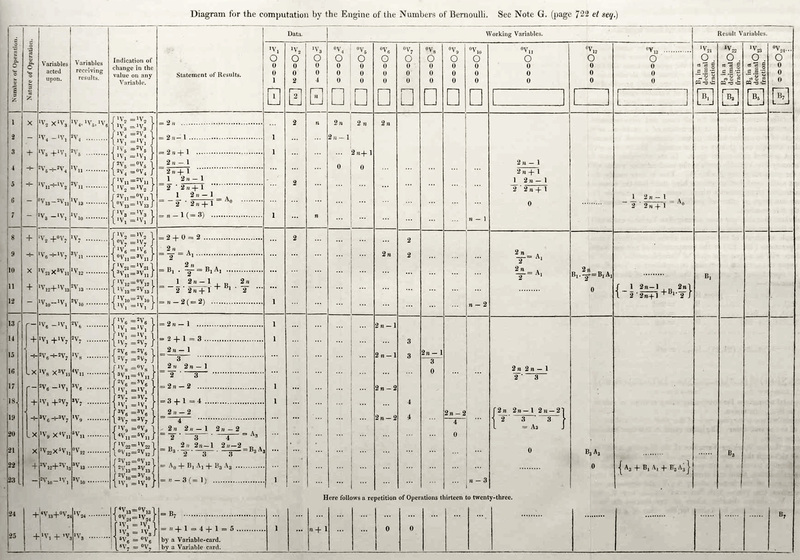 In 1843, Lovelace published a translation of an article on the Analytical Engine, adding notes which measured at nearly three times longer than the original article.  Lovelace proposed the Analytical engine could process not only numbers, but also text, pictures, and even sounds given they were coded in a way the machine could understand.

Lovelace's notes brought three very important contributions to modern computing.  The first is that a numerical computation machine can become a multi-purpose computer using "code".  The second is the idea of the loop which allows programmers to iteratively go through a set of steps.  The third is an algorithm to calculate a Bernoulli number using the Analytical Engine, becoming the first computer program ever created. 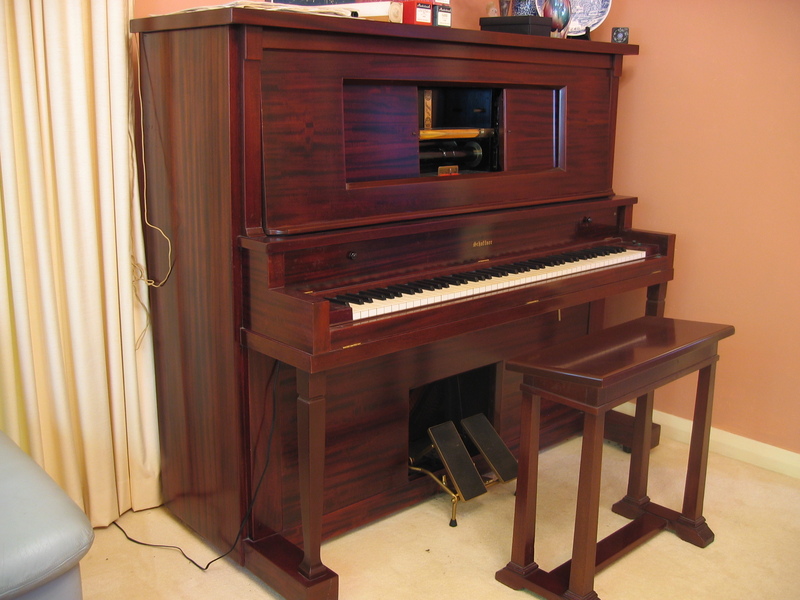 https://www.britannica.com/art/player-piano 1897: Player piano is early example of punch cards patented by American engineer, E.S. Votey.  The piano uses pedals to move the paper roll over a tracker that activates specific piano keys at a specific time.  Many different rolls were made for many pieces and performances, and many manufacturers were able to add different nuances such as tempo, dynamics, etc.