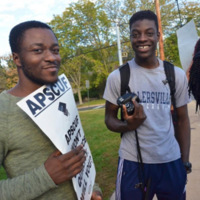 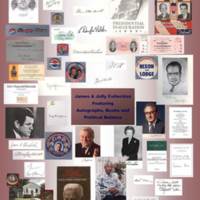 Featuring Autographs, Books and Political Buttons of James A. Jolly who was a member of the Millersville History Department from 1966 until his retirement in 1998.  He collected these materials as part of his interest in the American political system.

Voices from the Archives: The Long Fight for Women's Equal Rights 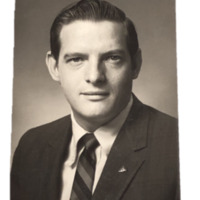 William Regitz contributed much to the technical world from the 1960s to the 1990s. He began his career at Bell Telephone Laboratories in 1963 after graduating from DeVry Technical Institute. After graduation, Regitz was awarded a free education by Monmouth College and graduated in 1967. Regitz then moved on to Honeywell Incorporated where he revolutionized the semiconductor industry in October 1968 with his Three Transister Cell MOS Memory Array report. Following his passion for the development of MOS memory, Regitz left Honeywell and accepted a position at Intel Corporations in March 1971. He became the head of MOS random access memory development. His twenty-three-year career at Intel Corporations included introducing six new products, increasing profits, working as a Component Designer, and updating the Folsom Validation Center to match the companies new visions. Overall, Mr. Regitz has transformed the computer industry and will be remembered as a key player in the ever-growing world of technology.

The Hazel I. Jackson Commemorative Exhibit 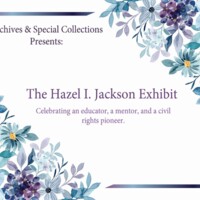 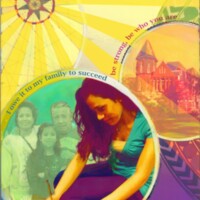 The Latino Community Mural Oral History Project consits of interviews  conducted by students in a series of workshops organized and lead by artist Michelle Angela Ortiz. Dr. Christine Filippone's Contemporary Art course and Dr. Kimberly Mahaffy’s African American and Latino Educational Experiences course in the spring of 2011. The overarching goal of the project was to break away from the traditional academic experience, as well as give a presence to the Latino community within Millersville and  Lancaster. Prior to the interviews, narrotors were asked to contribute images of family, images of themselves or important objects in order to highlight the themes and messafes communicated in two murals, one on display in the Millersville University Student Memorial center and the other at Lancaster's Clipper Stadium.